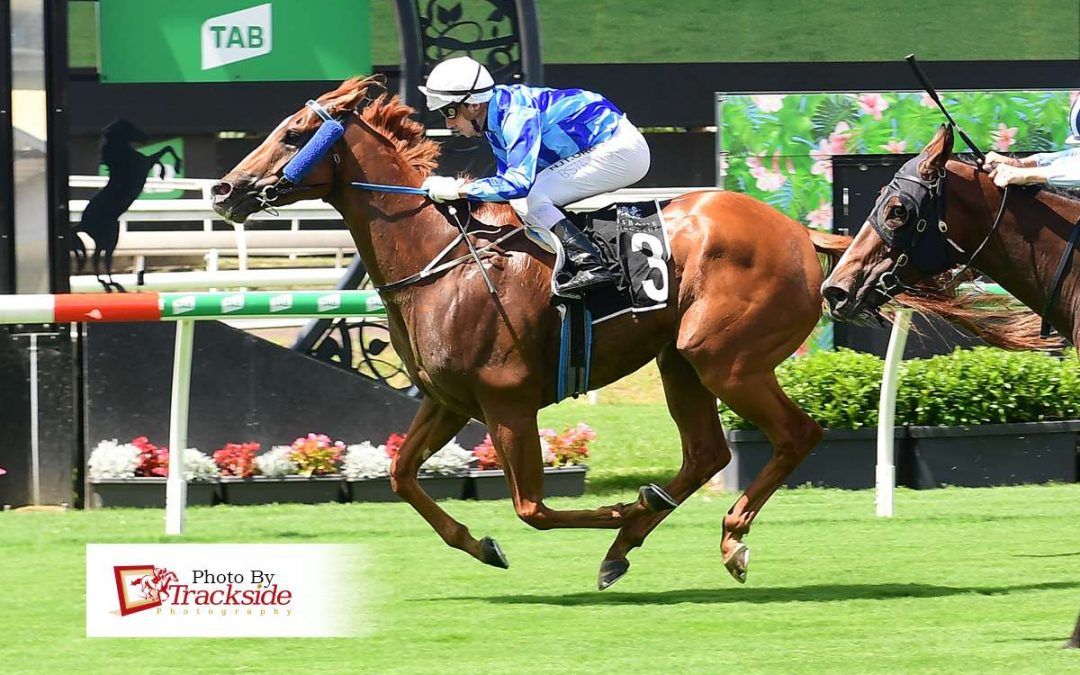 Natalie McCall and her boutique stable on the Sunshine Coast but has enjoyed a brilliant start to December highlighted by ‘mummas boy’ Valario winning at Eagle Farm on Saturday.

After a virus pushed the stable’s plans back during the spring, McCall’s found a purple patch of form saddling up five winners from her last ten runners.

Following Iolite’s dominant victory when thrashing the 1060m track record at Kilcoy on November 29, the stable strung three straight wins together with Maestoso and Dejanova winning on the following Friday at the Sunshine Coast.

“It’s great to have all the horses back on track after the virus because it really did set us back a couple of months,” said McCall. “Not that the horses were sick but just getting their bloods right and then getting back to peak fitness again.” “It’s wonderful seeing the majority of the team perform at their best consistently.”

Following the disappointment of Platinum Euros going down as an odds-on favourite at Doomben on Friday, there was no hiding McCall’s elation after Valario returned to the winners circle on Saturday at Eagle Farm.

Settling midfield on the fence, the five-year-old gelding by Not A Single Doubt was given a peach of a ride under Brad Stewart, weaving his way through the field to record a strong victory over Tony Gollan’s talented mare Socialising.

“It was extremely satisfying to have Valario back in the winners stall,” stated a delighted McCall. “As most of the team McCall family knows, I have a real soft spot for this guy. He’s a mumma’s boy that’s for sure.” “He was a little plain last time in so it is a credit to all the team both at the stables and our wonderful pre-training team at Pine View Lodge for keeping him healthy and happy in both mind and body.”

McCall’s form coincides with the development of a strong partnership with Tiffani Brooker following her return to the saddle in November.

“Great having Tiff back aboard, she was very successful in the saddle before taking some time for herself personally last year,” praised McCall. “She has come back a much more patient rider in my opinion.” “She’s hungry and puts in a lot of work at the trials for us.”

“It’s a major asset to have a jockey on that has gotten to know the horses in their trials and we can have a good discussion about how we think it is going and the best way to ride them race day. It makes a huge difference.”