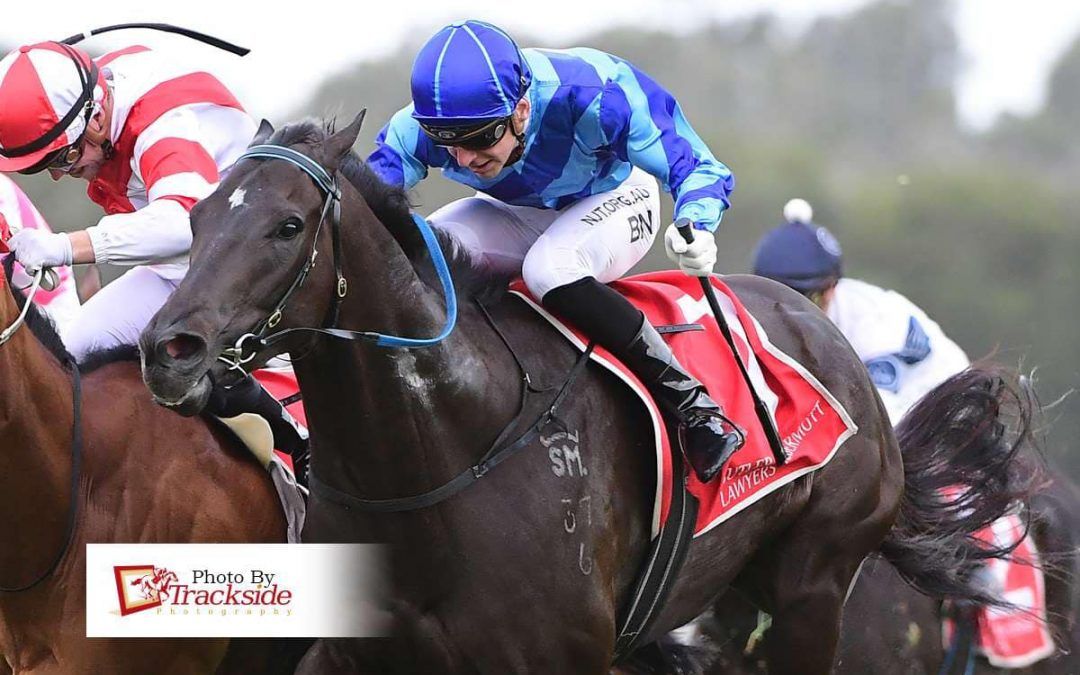 They say racing is a game of inches and luck, and for Nat McCall Racing, lady luck finally turned her way after six straight minor placings and a virus tore through her stable.

Following a break out 2019/20 season where the stable recorded a winning strike rate of 28% at provincial tracks, McCall has been forced to endure a frustrating start to this season.

Since Valario finished second at Rockhampton on October nine, the stable recorded six straight minor placings, including two second-placings by less than 0.1 of a length.

“After an amazing past season, the stable has really been rocked by a virus that almost all the horses in the stable were affected by. We had to do all we could in getting them back as healthy, happy and fit as we could, it was a real waiting game. I won’t lie, this was a truly tough time for me personally, always under pressure to provide results, it’s hard to not be able to control what causing lack lustre results no matter how much time and effort is put into the horses. BUT finally we are back on track. The horses are again performing extremely consistently and things are hopefully on an upward spiral” Nat said.

The frustration for McCall continued on Sunday when Pure Purgatory and Main De Foi both finished second in their respective races at the Sunshine Coast, before The Sinner broke through with a sensational last to first victory.

Change of tactics saw him at the rear of the field from a wide barrier, Baylee Nothdurft presented the four-year-old gelding affectionately known as ‘Roy’ at the turn, unleashing an impressive turn of foot to chase down Bold Style in the concluding stages.

The Sinner’s breakthrough win couldn’t have come at a better time for McCall as she prepares to saddle up a host of runners in her home metropolitan meeting on the Sunshine Coast on November 21.

“Wonderful to see The Sinner back to his best. He’s a horse with very good ability and has strong formlines around some of Qlds best 3yos from last season. Definitely the right was to ride him, back off the speed and left for a swooping run. If he measures up next week at metro level again we will give him his chance in the 4yo Gateway, a race the provides the winner with a clear, ballot free run to the 2021 Stradbroke”.