Queenslanders make clear their intentions during winter carnival: Keep off our turf 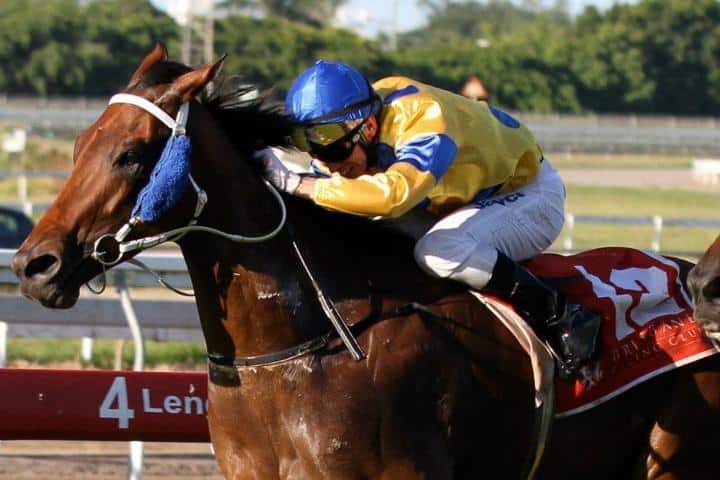 Courtesy of Courier Mail – Nathan Exelby 16/04/15. SOUTHERN trainers are eyeing the record prizemoney at this year’s Queensland winter carnival but locals hope to again fend off the invasion in the major races.

This year’s carnival, which was launched yesterday, begins with nine stakes races and $1.43 million in prizemoney at the Gold Coast on Anzac Day.

McCall snared Queensland’s biggest prize when River Lad ousted Gollan’s Temple Of Boom in the Stradbroke, which this year will be worth $2 million for the first time.

Both geldings are back for another Stradbroke tilt.

“He had three months in the paddock after Melbourne and we’re just going to bring him up slowly like we always do,” McCall said of River Lad, who resumes in the Victory Stakes at the Gold Coast tomorrow week.

“Winning the Stradbroke was a very proud moment.

“It was kind of reassuring to know you can train a horse to win a race like that.”

Gollan led the charge for the local brigade at last year’s carnival, winning the Doomben 10,000 and a string of support races. His key chances will be out in force at the Gold Coast next week.

Bell notched his first Group 1 winner when Tinto scored in last year’s Oaks, but it could have been much better. He opted for Kiwi Sacred Star over River Lad in the Stradbroke.

“It was a funny Stradbroke last year. It’s not often you see the first two around the turn run one-two, but that’s the way it panned out,” he said.

Though Zac Purton is booked for Sacred Star this year, the gelding’s trainer Tony Pike has already approached Bell about riding one or two other runners he is bringing over for the carnival.

“Having missed out in the Stradbroke last year, it definitely makes you hungrier to win a race like that,” Bell said.

All, up, more than $15 million in prizemoney will be distributed and 60 black type races, all carrying purses of more than $100,000, will be run between April 25 and the carnival finale, the Tatts Tiara, on June 20.