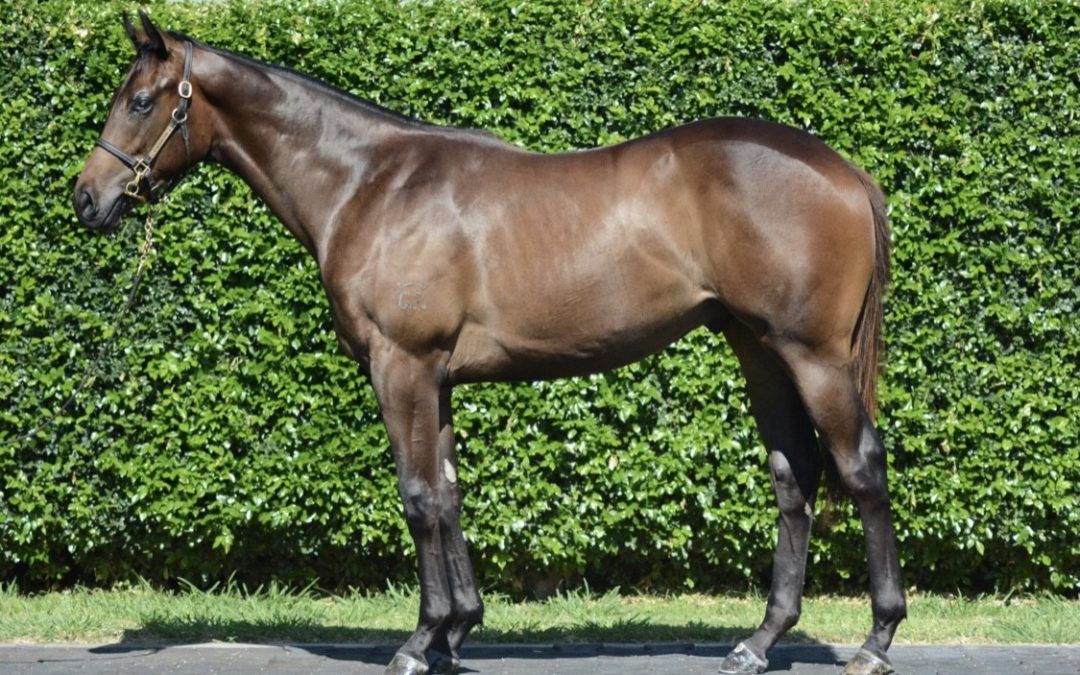 Local metropolitan meetings are a rare treat for Sunshine Coast trainer Natalie McCall and this Saturday presents the perfect opportunity for her stable to saddle up their first two-year-old runner of the season.

I Am Invincible colt Invinovich is set to make his debut for McCall in race one on Saturday where he will be one of six debutants in the race.

A $150,000 yearling purchase at the Inglis Classic Yearling Sale, Invinovich has exhibited plenty of promise at the trials.

He showed good gate-speed and cruised comfortably within himself to record a one-length victory over 850m.

James Orman, who was aboard in the trial, has been booked to ride the colt on Saturday and has met strong support early with TAB despite facing a tough task from barrier 10, firming into $5.50 following an opening quote of $11.

“He is pretty nice,” McCall said.

“He is probably still going to do a few little things wrong, so it would have been nice to get a soft draw but it is what it is.

“I was still tossing up whether to run but if he is to come from a bad gate then here (Sunshine Coast) is the place to do it.

“He was a little keen in his trial without cover, but they went really slow early.

“Jimmy said one he got back and tucked in beside the other horses shoulder he relaxed beautifully.”

With a handful of speedy horses such as Goddess Of Peace drawing inside gates, McCall won’t be drawn into a speed battle for the lead.

“We won’t be firing him forward by any means so we are hoping they go hammer and tongs up front and we can find a spot off the pace,” McCall said.

“With a bunch of first starters there are plenty of unknowns, but with our boy we know he jumps cleanly and he should do everything correctly.”

Although McCall may only possess a boutique stable, her preference towards an intimate ‘hands on’ approach with each horse is a technique the Group 1 winning trainer is hoping can pay dividends with a larger group of two-year-old’s this season.

“We have got plenty of babies and Invinovich is the first one ready to take to the races,” McCall said.

“We have got another one we are trying to get to the Magic Millions.

“A Pariah colt called Berava was one of the first horses to trial and he is pretty smart.

“He won his Deagon trial but he was a little immature so we have given him as much time as we could before we get him ready for the Magic Millions.”

Invinovich will be the first of two runners for McCall on Saturday.

More Than Ready mare Maestoso lines up in a Benchmark 75 over 1400m as she looks to record her third consecutive win for the preparation.

After a disappointing conclusion to last campaign when she was a beaten favourite at Doomben, Maestoso returned to McCall’s stables this preparation a more physically rounded four-year-old.

Recording a narrow win first-up over 1200m, Maestoso bolted in over 1400m second-up as a short-priced favourite.

Maestoso is the $6 second-favourite with TAB to take out race five.