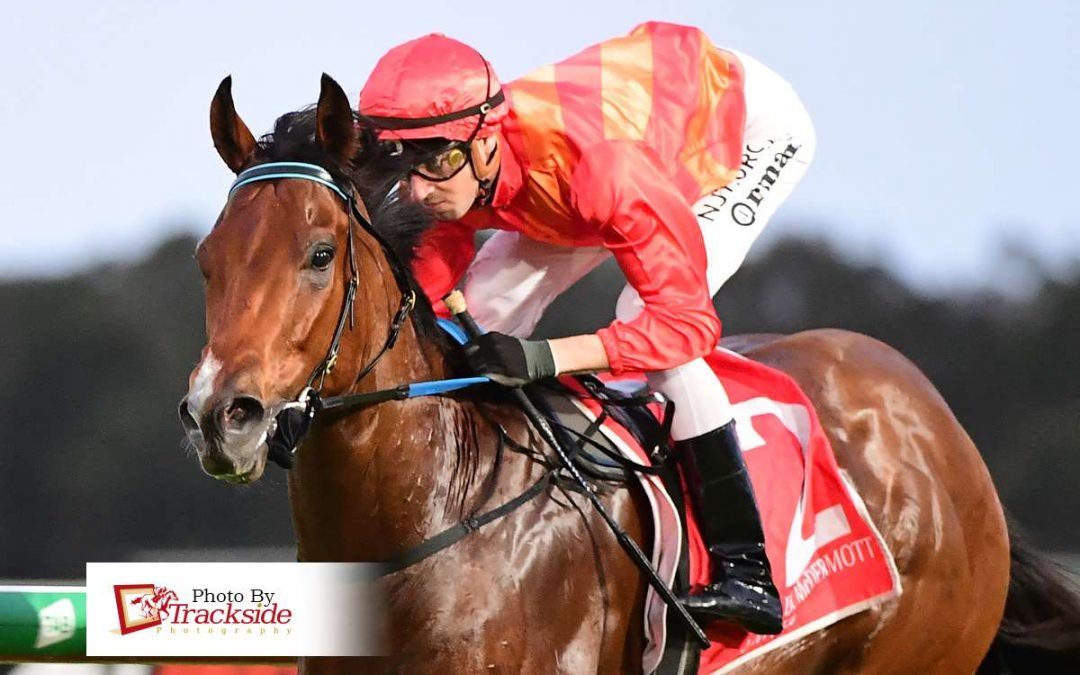 As the Queensland Summer Carnival begins to ramp up, Sunshine Coast trainer Natalie McCall unleashed two promising speedsters over the weekend including a track record performance on Sunday.

A lightly raced gelding who has suffered through his fair share of setbacks, Platinum Euros returned to the track in outstanding fashion first-up on Friday night at the Sunshine Coast. Settling midfield on the rail, the four-year-old gelding by Eurozone was forced to give two-kilograms to Tony Gollan’s talented gelding Garibaldi, charging home over the concluding stages to only go down by the barest of margins.

“I was extremely wrapped with his run coming off a long break and only one trial, he will improve truckloads fitness wise,” stated a proud McCall. After winning his first two career starts in dominant fashion, McCall has always been honest about the high regards in which she holds Platinum Euros.

Speaking at the end of last season, McCall went as far to say ‘Euros’ was the best horse she has trained since Group One Stradbroke Handicap winner River Lad. “He is such a beautiful racehorse at only his third start,” said McCall. “He travels beautifully, goes through gaps and attacks the line with sheer determination.” “He’s a special horse.”

Making the trip out to Kilcoy on Sunday, McCall unleashed another talented three-year-old gelding in Iolite, smashing the track record over 1060m. Possessing blinding early speed from the barriers, the gelding by Bel Esprit thrashed his opposition on debut at the Sunshine Coast and replicated it once again at Kilcoy.

Speeding straight to the lead under James Orman, Iolite stopped the clock at 1-00.22, breaking the previous record of 1-01.43 held by Life’s Like That. “Iolite is very talented and still has some improvement to come,” said McCall. “He took 1.2 seconds off the track record on Sunday and never got out of second gear.”

“He is nominated for the Winning Rupert on Saturday but is only fifty-fifty to back up after running in the terrible 40 degree heat at Kilcoy.” “If he does go the tight track should suit.”

Set to be run at Doomben this weekend over 1200m, the Winning Rupert is restricted to three-year-old colts and geldings where Iolite is likely to face against promising gallopers Goldsborough, Acrobatic and Shooting For Gold.