Primed for a big weekend at home……. 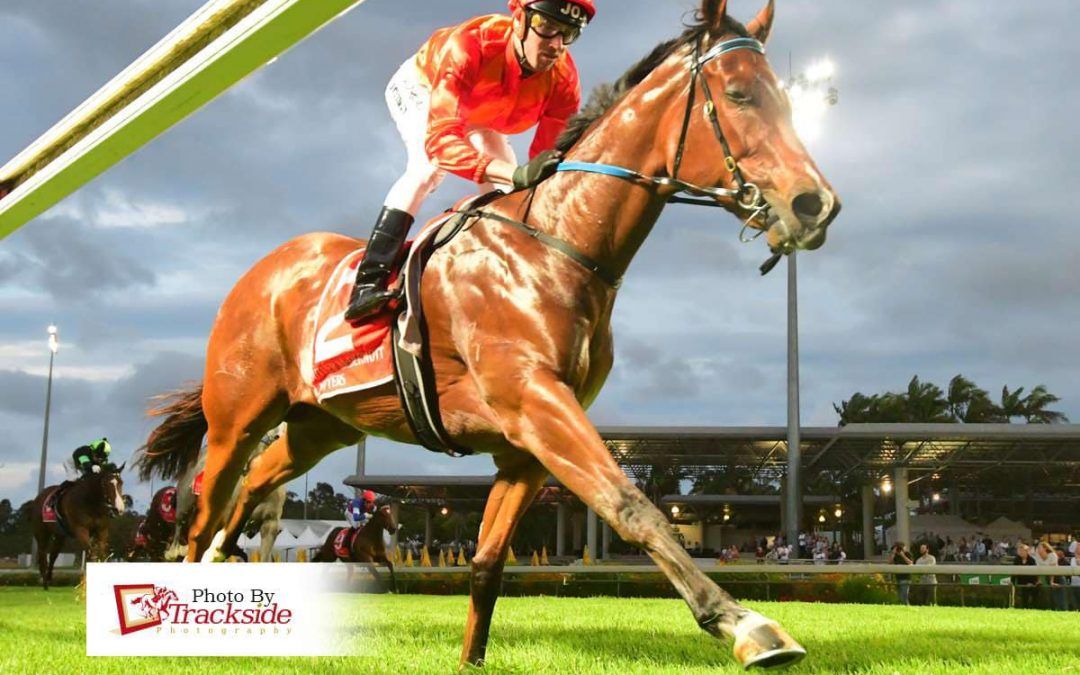 Metropolitan meetings at the Sunshine Coast are a rare treat for local trainer Natalie McCall , but she will have an extra spring in her step on Saturday as Iolite looks a leading chance in the 1000m Three-Year-Old Handicap.

Recording a dominant debut victory last Friday night, the three-year-old gelding by Bel Esprit showcased blistering early speed to lead all the way under James Orman. Not only a visually impressive performance, Iolite’s three-length victory stopped the clock at 57.03 seconds, the fastest of four 1000m races on the night.

“He trialled up good but to be honest we’ve never really had him off the bridle,” stated McCall when speaking to Sky Racing after the race.

“He won here on Tuesday (trial) by as far as you can kick your hat with his ears pricked, so we were happy with him leading into the run but a bit worried about the gate.” “The owners have shares in a few but this is the first one they bred and raced, so it’s super exciting for them.”

Stepping up in grade, Iolite has been instilled as the $7.50 third elect for Saturday’s Travis Schultz & Partners QTIS Three-Year-Old Handicap over 1000m. Goldsborough, who defeated Isotope first-up, and Tony Gollan trained Bleu Zebra are equal $3.80 favourites for the race, while JJ Atkins runner-up Gotta Kiss is $8.

Iolite heads a strong team of in form runners on Saturday from McCall’s stable, with all five runners finishing in the quinella at their latest start.

Last start winner The Sinner looks a strong chance in the Class 6 Handicap over 1400m (Race 9), while Main De Foi (Race 2), Dejanova (Rave 3) and Valario (Race 4) will all be looking to go one better after finishing second last start.